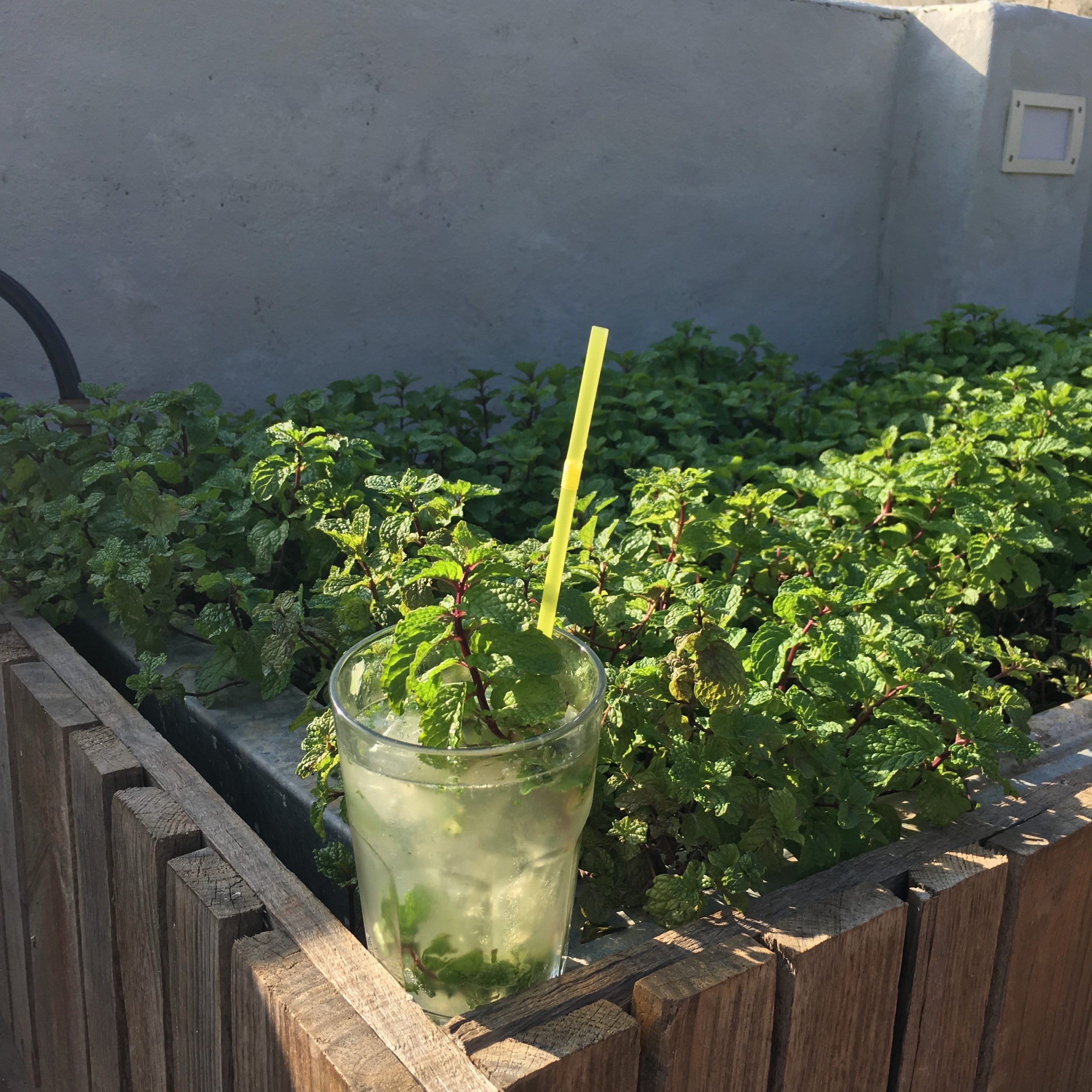 To be honest, the menu planning is about the only thing I look forward to when it comes to the Super Bowl, that most hallowed US celebration. I used to watch the ads when I worked for a digital agency. Now? I catch the clip reel. With, like, one eye half shut.

By the way, if you want to check out Tampa—with its great art museums, river walk, big restaurant scene, and fascinating African-American history—check out my post Virtual Tampa: 7 Cool Things Beyond the Super Bowl.

For this Cuban-Inspired Super Bowl Menu. I’ve enlisted the help of some fine cooks, many of them from the South Florida area as well as Cuban-American, to help you put it together.

Note: All pictures below are screen grabs from other blogs, which are always cited and linked to; I contact all creators for permission.

(And if you have your own specialty from around the US or the globe, please contact me: [email protected] I don’t have a ton of time to do recipe photo and video shoots these days, and I’d love to work with you.)

Vamanos, as they say. Though in Cuba, they swallow their letters and speak REALLY REALLY fast, so chances are you won’t know what the hell you just heard. Follow your taste buds.

If you’re ambitious, empanadas and fritters. If you’re feeling super decadent, please scroll down to the bottom of this section for the Cuban Sandwich Dip (or simply head straight to the recipe). However, we like to balance a meal with some lightness—even if it is something of a sanctioned pig-out day like the Super Bowl. So our top pick is this cucumber salad recipe from cookbook author Sylvia and her blog Feasting at Home. While not specifically Cuban, it’s cool, refreshing, and decidedly tropical.

….or just use your blacks beans as a dip for chips. The awesome thing about Cuban black beans is that, when you make them ahead of time, they just get better.

There is a classic Cuban dish called “Moors and Christians.” It’s black beans and rice, with the black beans representing the former and the white rice the latter. When I asked our guide Cuban Javier—you’ll meet him in a minute—if he’d ever heard about it, he laughed. “Yes,” he said. “But basically, we just call it ‘the thing we eat every single day.’ “

Black beans and rice are cheap and plentiful, not something you can say in Cuba about many foods—particularly during the period after the fall of the Soviet Union, coupled with strict US sanctions. The early 90s are known in Cuba as “The Starving Time.” People who were kids then are proven, statistically, to be smaller. In other words, sanctions have far-reaching impact beyond the political bluster. Just sayin’.

Cubans in Cuba are some of the most resourceful people I ever met, which is why they have all those fabulous old cars; they just figure out how to make the little bit that they have on hand work. I think that’s what makes Cuban Black Beans so delicious.

This black bean recipe from Jamie at A Sassy Spoon rings perfectly true; a first-generation South Florida Cuban, Jamie learned it from her mom. It uses sofrito, the essential mix of onions and peppers, slowly sautéed for plenty of flavor, to make the beans rich and delicious. As I said, make it ahead. It just gets better. Also, if you want to make it a dip, just smash it a little bit.

First off, to make a Cubano, you need roast pork. This roast pork recipe from Coco and Ash will give you beautiful results. Mindy, who created the blog, is first-generation Cuban-American, and her blog is an excellent resource if you fall in love with Cuban cuisine.

The bread’s important, too. While you can tackle this Cuban bread recipe from the excellent site Global Table Adventure if you’re ambitious, a good baguette that’ll crisp up nicely in your oven works just fine.

To make the most authentically Tampa-esque Cubano, all you need to do is watch this video.

Or, use this Easy Cuban Sandwich recipe from Aimee Mars, a member of the team at The Recipe Critic; it includes directions for the pork as well. Note that, as prescribed, she does NOT use mayo.

Last of all, if you want to include appetizer and main in one bowl of insane decadence, try the inspired recipe for Cuban Sandwich Dip from Basil and Bubbly. And then maybe schedule in a little intermittent fasting for the day after….

You need some fresh stuff today, people. This pineapple/coconut coleslaw from African Bites is a beaut: easy, light, and perfect with the heavier pork/black beans/utter debauchery.

Yeah, you can follow the recipe on the can of condensed milk, but, like…what even is that stuff?

Or you can pop over to Ashlea’s amazing blog, All the Healthy Things, and follow this recipe for gorgeous and healthy Key Lime Bars. I mean, they’re even BARS. That’s so awesome. I love not having to use a plate.

If you don’t feel like making anything, buy some mango sorbet, throw on some toasted coconut, and you’re good to go. Of course, if you follow my lead, you’ll be eating it right out of the carton. Because you know, the whole plate thing.

When Steve and I arrived at our Havana B and B, our guide for the next 10 days, Javier, met us. This movie shows how he made mojitos. By the way, every place we stayed in Cuba—Havana, Viñales, Cienfuegos, Trinidad—there was always a big massive planter or pot or patch of mint growing nearby.

If you want a mojito recipe with exact amounts, Isabel’s is perfect. Her instructions are clear and very close to the way that Javier made them for us. For a non-alcohol version, I recommend subbing in La Croix’s Curate Mure Pepino sparkling water for both club soda and rum. Or, brew up some Earl Grey tea, chill it, and sub it for the rum; the orange oil in the tea gives a little alcohol-like richness and heft. I don’t reco subbing something like ginger beer or lemon-lime soda; too sweet for me. But, as always, you do you.

If you end up making any of these recipes, please tag me on twitter or instagram: @headroamer. And let me know what you think of the menu in general either in the comments below or on email.

Subscribe to our newsletter and never miss our latest travel tips, destination reports, new recipes, and products we love. 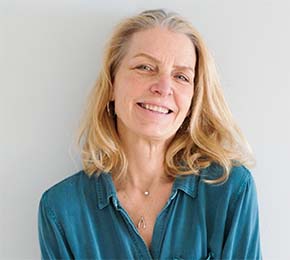 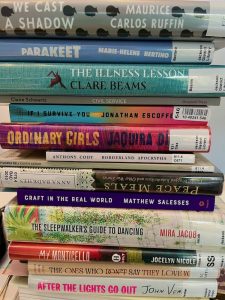 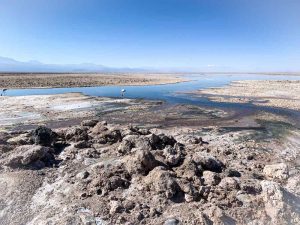 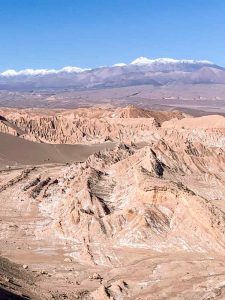 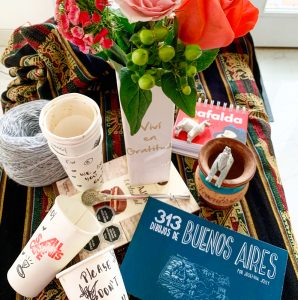 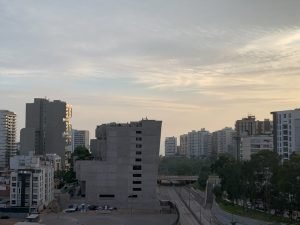 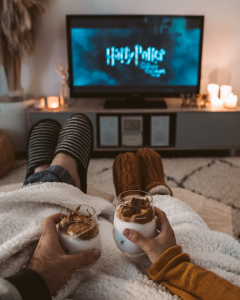