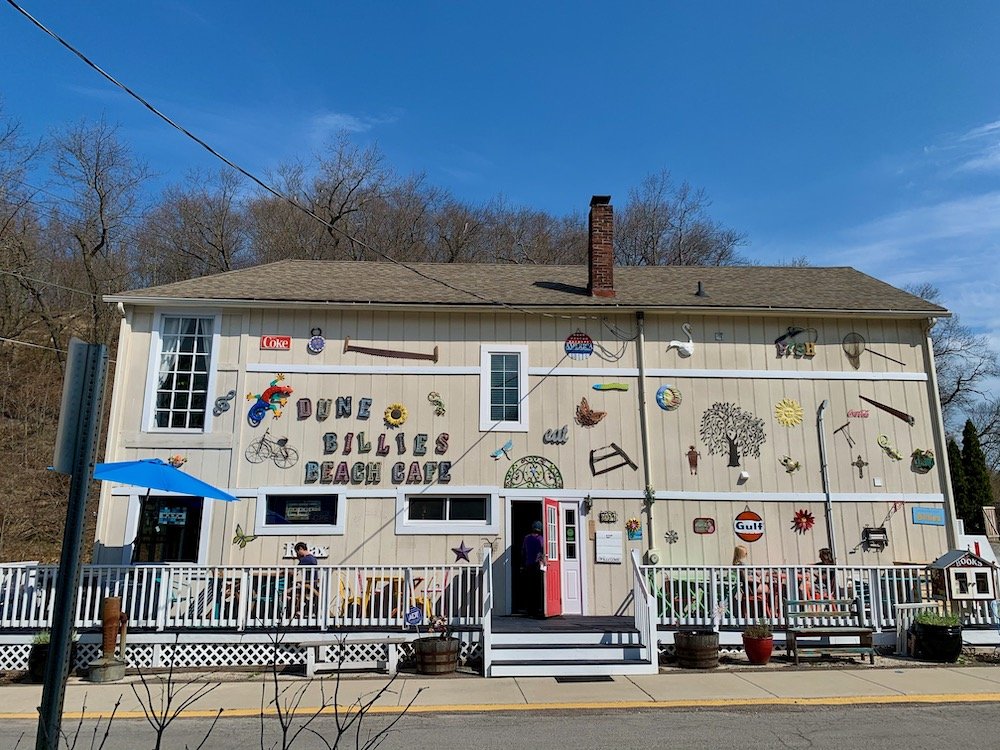 No sooner had I hit “publish” on last week’s blog post version of the newsletter (linked in case you want to check it out), but Steve and I received word that his mom has taken a fairly dramatic turn downhill.

Steve’s mom, Polly, is lovely. As her memory’s gotten worse—in the last few months, she sometimes forgets what she meant to say before her sentence is finished—her smile’s stayed as bright. And she still manages, at least a half dozen times in every visit to make us laugh. The catch phrase we most associate with her is, “If I never have any more fun in my life, I’ve had enough.”

Like my dad in his final days, she seemed very ready to let go and cross over, but her tough, hard-working farm-raised body had other ideas. Nearly a week later, despite barely eating and being mostly sleeping or semi-conscious—with a few notable moments where she communicated with Steve—Polly’s was still hanging on. She finally let go last night.

From Polly’s bedside, we had to go to Chicago for a memorial for our nephew, Justin, Steve’s brother’s son. Justin overdosed—we’ll never know if it was intentional—back in November, and due to the pandemic, the memorial service had to wait until now. Though we had planned to take advantage of being in Chicago to take a stroll through the Art Institute, I realized that I just wanted to be home.

While it’s only natural to not consider what we were doing “traveling” per se, it was still an odd feeling. For years, I’ve been happy to go anywhere, and generally on a moment’s notice. Yet thanks to COVID, I’ve utterly leaned into the beauty of a home routine, which has included a lot of production for Ye Olde Blog. I just didn’t want to be away.

So we packed up our bags, and drove home from Chicago on Wednesday. We stopped at a really delightful place, Dune Billie’s Beach Cafe, about 50 feet from the Michigan/Indiana border—they seriously call it Michiana. In the process, I realized how much I freaking love breakfast burritos.

Then we came home and had plenty of work to do, including writing a eulogy, which one of us will deliver. Well, Steve wrote 95% of it. It’s lovely and celebratory. I told him to start right off saying, “It wasn’t easy to be Mom’s kids.” Nothing worse than a eulogy that turns an unashamed human being into a plaster saint.

Meanwhile, I wrote a post to accompany my Ann Arbor walking tour video, which you can check out, along with said video, on the site.

Reading: When times are tough, I escape into a mystery. They’re quick to read, engaging, and light without being brainless. I picked an old, not particularly great Agatha Christie, Appointment with Death, because the murder occurs at Petra, in Jordan, where I’ve been nosing around a good bit lately. Even in her lesser efforts, Christie always seems to be having a great deal of fun. She even introduced a nice philosophical argument: When a murder victim is a genuinely awful and sadistic person…is it murder?

Watching: In the screen version of comfort food, we are cozying up with Doc Martin‘s final season, followed by a good bracing episode of Derry Girls. Man, I love Derry Girls so much.

Listening: On the road trip, Heart kept coming up on whatever Spotify station we tuned into. Years ago, I discovered this really extraordinary cover of Stairway to Heaven with the Wilson sisters; Ann’s glorious voice, Nancy’s badassery on guitar. I don’t even like Led Zeppelin, but this? Is Fire.

Have a great weekend, everyone.